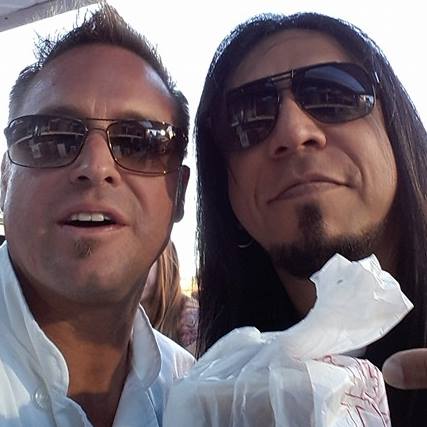 Back in 2016, I decided to pursue a journey to Mexico. Why, you ask? While some people move to Italy to become better pizza makers, I thought I would move to Mexico to become a better salsa maker. So, I loaded up my SUV and my fearless companion Iko (The Cocker) and the two of us were off to Ensenada, Mexico.

Our first stop would be to twice Grammy nominated guitarist Sin Quirin in Burbank, CA for a salsa drop off. We met while I was doing salsa at Fiddler’s Green Amphitheater and he was on tour with the band Ministry. Some of the band stopped by and couldn’t stop eating my salsas, nevertheless, they loved my salsas and Sin and I will be coming out with his line of salsas very soon.

The next morning, Iko and I crossed the border into Mexico. Never driving across any border before, it can be a little daunting your first time and all the armed military checkpoints were definitely an experience you’ll never forget! 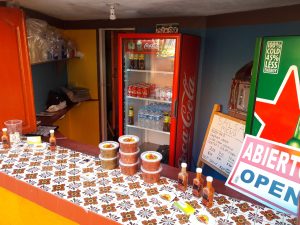 While there, I learned so much about the different cultures and how each region of Mexico has its own salsas and hot sauces. I would spend time going to the different markets looking for new and exciting ingredients. I came up with several salsa recipes while living in Mexico and opened up Salsas Ensenada, my own taco stand. That was the true test for my salsas; If I could sell salsa in Mexico, I could sell salsa anywhere!

Like I say, there’s hundreds of pizza places you’ve tried, however, you only remember and love a few. Come taste what thousands have said is the very best salsa they’ve ever tasted, fall in Love with salsa again and make Blend Salsa the Last salsa you Remember and Love…